Westlife’s Mark Feehily is way over the moon after he welcomed a baby girl with his fiance, Cailean O’Neill.

Announcing their baby’s arrival on Instagram, the singer said their baby who has been christened Layla was born on October 1.

He also shared a photo with his fiance in which they were spotted wheeling their baby down a hospital corridor with the caption “we’re the happiest dads in the world!” 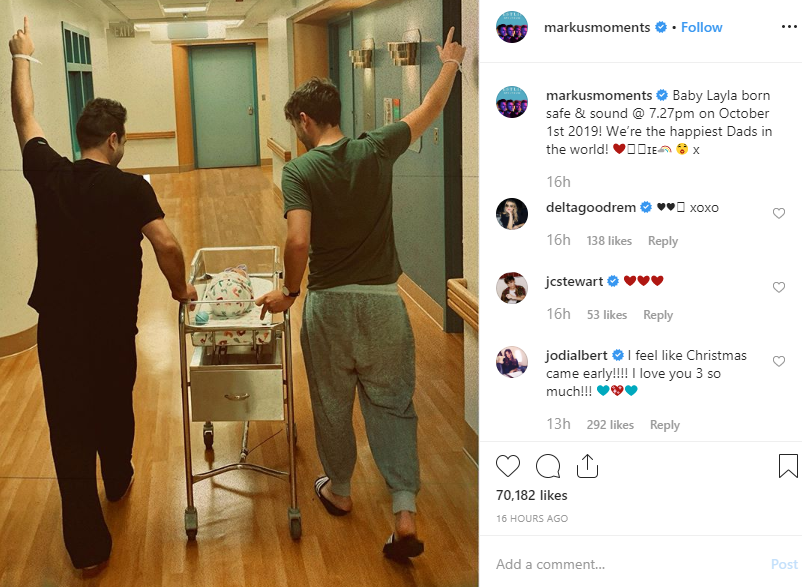 The lovebirds became engaged in February this year during an idyllic getaway after six happy years together. He also announced that he and his partner were set to become fathers to a baby girl during the band’s second gig in Croke Park in July.

Actress Peju Johnson speaks on being a second wife

‘It’s over between Nkechi Blessing and i’ – Mike Adeyemi confirms...

For me sex is sacred, spiritual – Actress, Chisom Steve

#Headies2019!! Who noticed the DJ was playing Victor AD’s song when...