Police officers have arrested a female teacher in Abia state for reportedly staging her own kidnap.
Two other accomplices were also arrested for collaborating with the woman for the fake kidnap saga. It was discovered that she had a romantic relationship with one of her accomplices.  Officers of the Nigerian Police Force (NPF) have arrested a female teacher in the Abriba-Ohafia area of Abia state, identified as Chizoba, for allegedly staging her own kidnap and collecting ransom.
According to the report, the lady, a mother of three, was arrested alongside two of her alleged accomplices identified as Anthony and Ezema, who joined forces with her in organizing the fake kidnap saga. The trio was able to receive the sum of N500k through Chizoba’s bank account as ransom before luck ran out on them and they were apprehended by operatives of the Police Intelligence Response Team (IRT).
It was further reported that a member of Chizoba’s family broke the news of her kidnap and subsequent demand for a ransom of N2m, to the Inspector General of Poice (IGP) Adamu Mohammed.
This was followed by the discovery that the whole kidnap was staged all along and simply an effort to extort money from her family members.
Speaking in an interview, the arrested teacher denied staging her kidnap and made claims that her boyfriend Ezema, who also happened to be among her accomplices, hypnotized her.
“I am a primary school teacher. I was formerly married and I had three children with my former husband. I met Ezema on Facebook and he told me he is a fashion designer and I told him that I have some jobs for him and from that point, we started a relationship. At one point in our relationship, we discoursed about traveling out of the country and he told me that he had once spent N300,000 for a traveling visa which did not work out”, she said 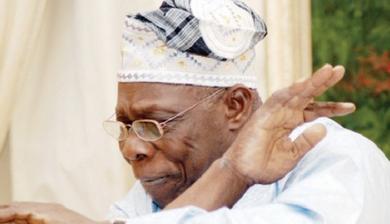 “Madam, just come out and say you are broke”- Bobrisky says after Ka3na condemned celebrities who gift money to fans for tattooing their photos...

Social media goddess challenges Bobrisky to come out without makeup or...

Police arrest woman for trying to sell her baby for N40k...

At least 67 dead in blood-soaked prison riots as gangs fight...

“I was suicidal at some point in my life“- Flavours babyama,...

How young Nigerian mothers were rescued from a human dairy farm...

IPOB declares sit-at-home order on May 30th in honour of Its...