For several months now, the news of Busola Dakolo allegedly being sexually molested by the popular pastor, Biodun Fatoyinbo, has had many Nigerians clamoring for justice.

Well, Busola has now reportedly demanded a clearly worded apology on the front pages of two national newspapers running for seven consecutive days, a personal apology showing Fatoyinbo’s honest remorse for his misdeeds as well as an N10m cost of action fee, to perhaps cover the cost incurred in process of the lawsuit.

See the photo below: 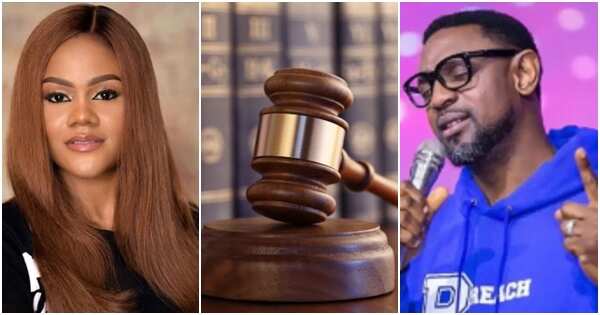 After the news hit social media, many Nigerians have had mixed reactions to the report. While some people expressed that they are already tired of the case, others used the opportunity to enlighten others that Busola did not demand N10 million from Fatoyinbo but only asked for the cost incurred in the process of the lawsuit.

See some comments below:

Cost of action simple term means the fees incurred during the filing of the suit and pendency of the suit in Court. It also includes Transportation, Stationery and other related logistics.

So many idiots are saying they're tired of Busola Dakolo. Imagine how tired she is of being disbelieved and knowing her rapist is walking scott free.

No Busola Dakolo doesn’t need to move on. She can fight to get justice. She decided to fight for it so she is determined to get it and that’s fine . Nobody should dictate to a survivor of a rape how to handle it . https://t.co/Lra3s6rYHs

: the N10m is the estimated COST of the apologies Fatoyinbo is expected to make on 2 national dailies and on national TVs for 7 days🙄.
🔊Busola Dakolo is not demanding N10m from Pastor Fatoyinbo pic.twitter.com/K1G7aXyP29

What Busola Dakolo is going through is what makes people commit suicide. No single support from anywhere. Nigerian men mostly either choose to be unenlightened, "un-empathetic" or rape apologists. the level of deliberate "unenlightenment" is astounding. Women are really not safe

Meet beautiful Ex-wife of Lt-Majek Fashek, who left him because of his Addictions

Why I am pained by Majek’s death – Sunny Neji

Meet beautiful Ex-wife of Lt-Majek Fashek, who left him because of his Addictions

Why I am pained by Majek’s death – Sunny Neji

“Efe is the most senseless BBNaija housemate”

Music Producer, Ekelly Proposes To His Girlfriend 5 Months After Meeting...

#MothersDay watch wizkid dance on stage with his mother 😍