A Twitter user, Orogbene has shared the experience of her friend who chose to marry a virgin and ‘virtuous woman’ he dated for 6 months over his girlfriend of three years.

According to _oroboghene, the man dumped his girlfriend of three years following the counsel of a pastor who said that his relationship with his ex, made him live in sin because they were cohabiting at the time.

However, few months into his marriage with the virgin and virtuous woman he married thereafter, he is now opting for divorce after being thrown out of his house by his wife who reportedly can’t cook, too lazy to do house chores and engages in ceaseless verbal abuse and nagging.
Read her tweets below; 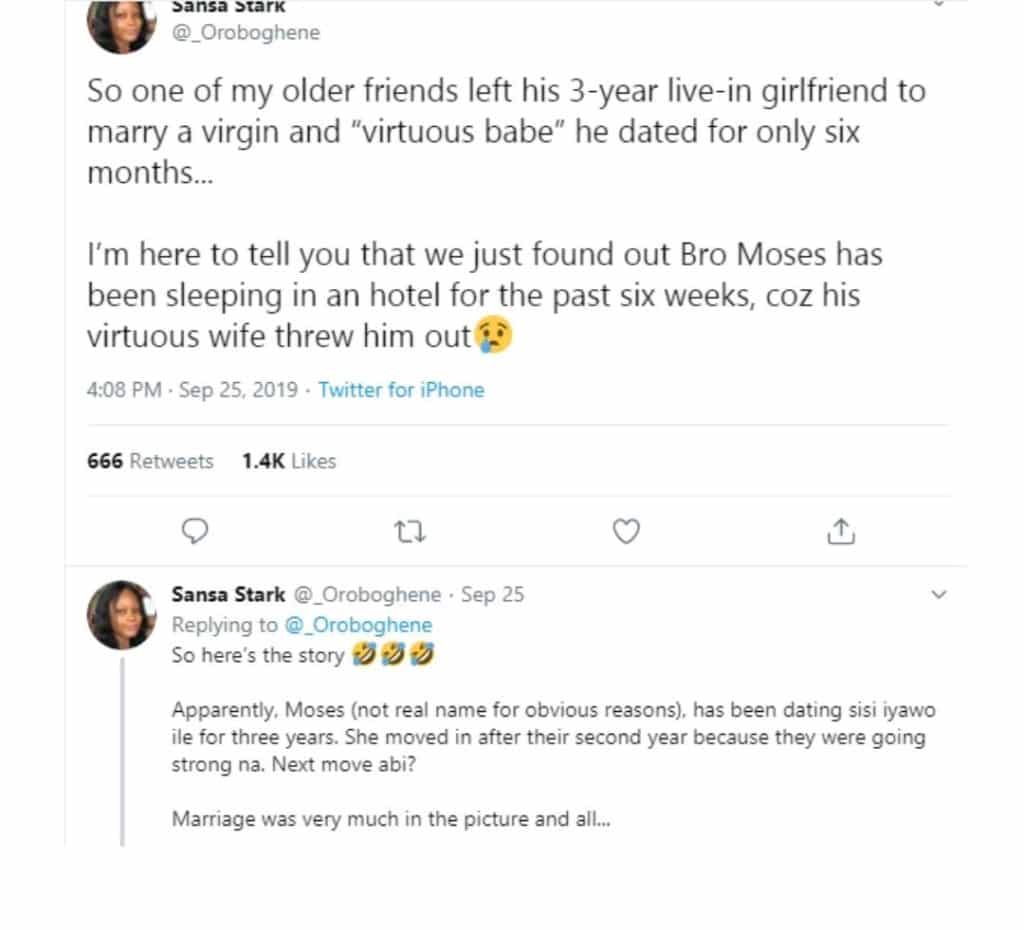 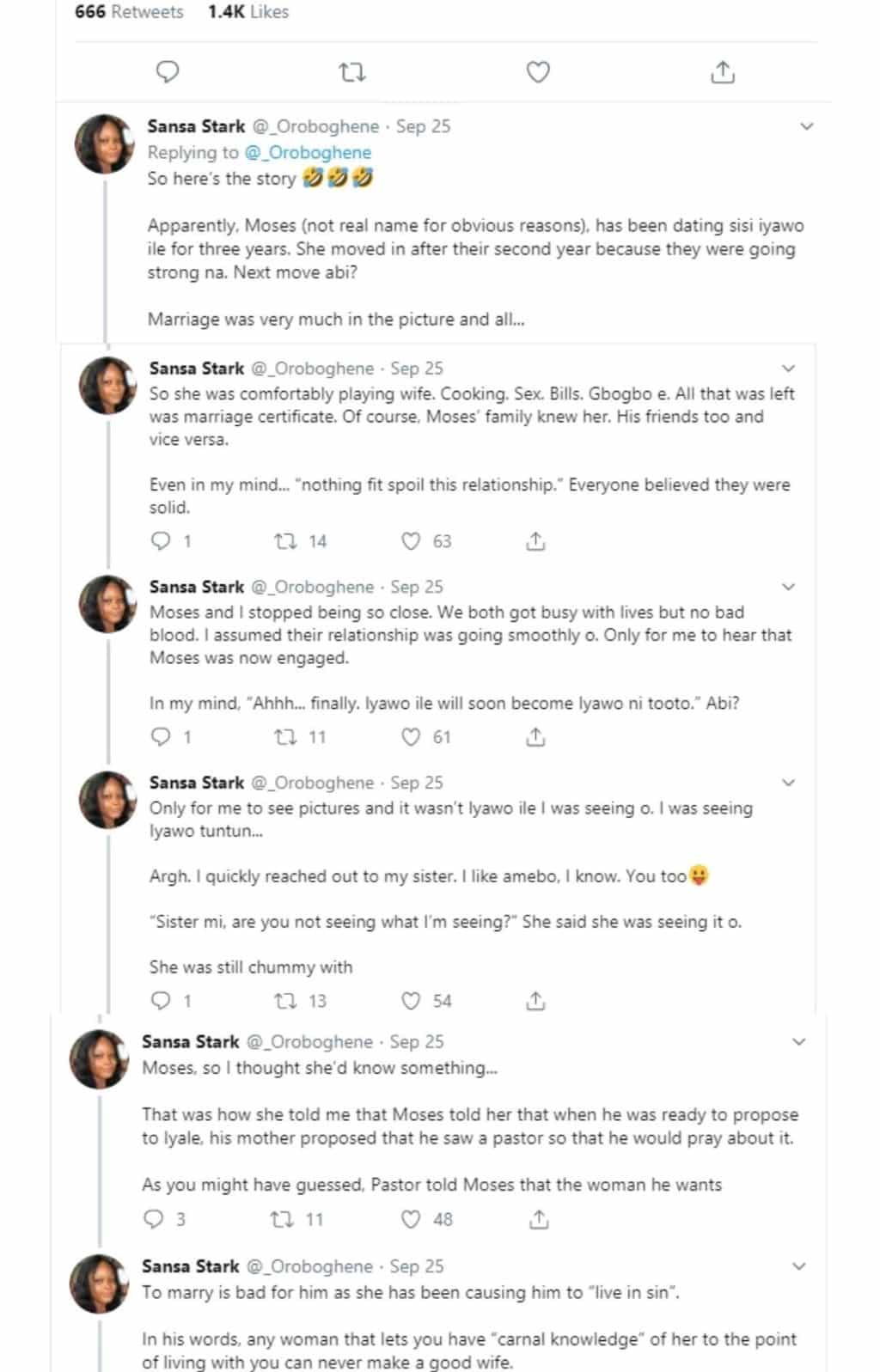 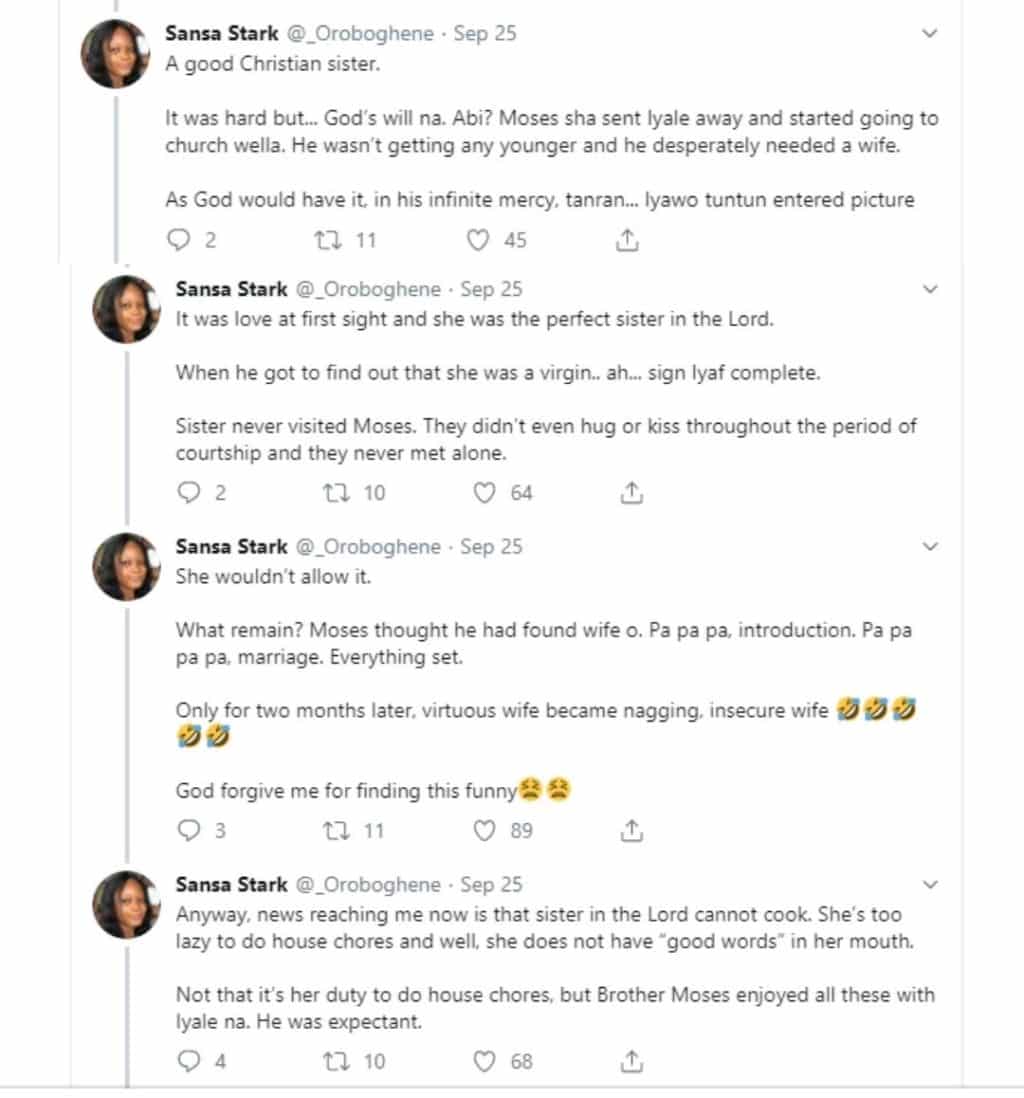 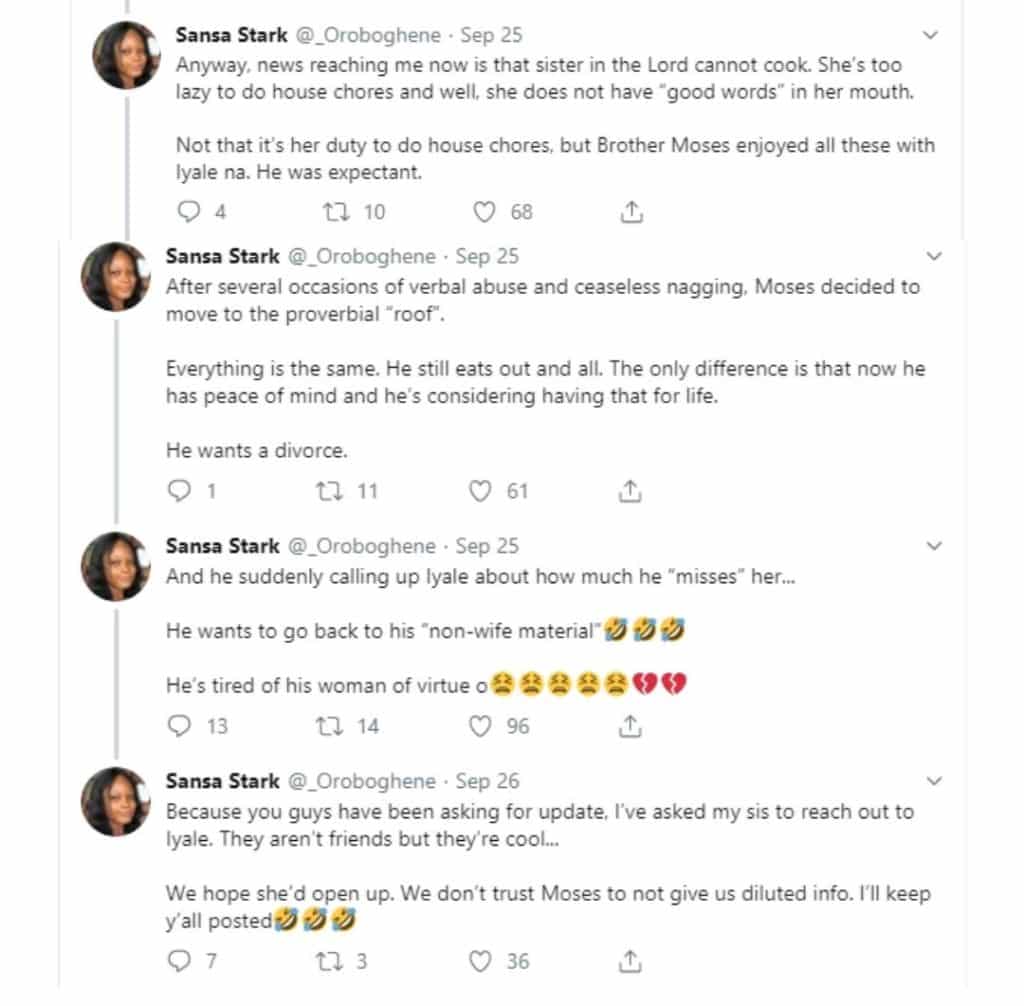 Meet the man who exposed Hushpuppi and Woodberry to the FBI

Meet the man who exposed Hushpuppi and Woodberry to the FBI

‘No one knew Ned and his family before he married Regina’...

Calabar girls not only good in bed, kitchen – Inem Peter...

Mayorkun Almost Close To Tears After Davido Revealed How Proud He...