The conversation between the caller and the emergency unit the night Jussie Smollett was attacked has been released.

The 911 emergency call made on the night Jussie Smollett was attacked in Chicago has been released.

According to PageSix, the call was made by Jussie Smollett’s manager who refused to identify the victim at the time of the call. Frank Gaston, Jussie’s manager made two 911 calls, with the first coming at 2:22 a.m.about 20 minutes after Smollett says he was attacked by hate-spewing goons on a desolate Chicago street, the report says.

“I work with an artist — I don’t really want to say his name — but he states that [redaction] he went to Subway he was walking by and some guys somebody jumped him or something like that, and I just want to report it and make sure that he’s alright,” Gatson told the emergency room operator.

We all know how Jussie Smollett’s alleged attack story ended as he was later found guilty for planning his own attack. At some point, the jury indicted him on 16 counts of felony for allegedly lying to the police about his attack. 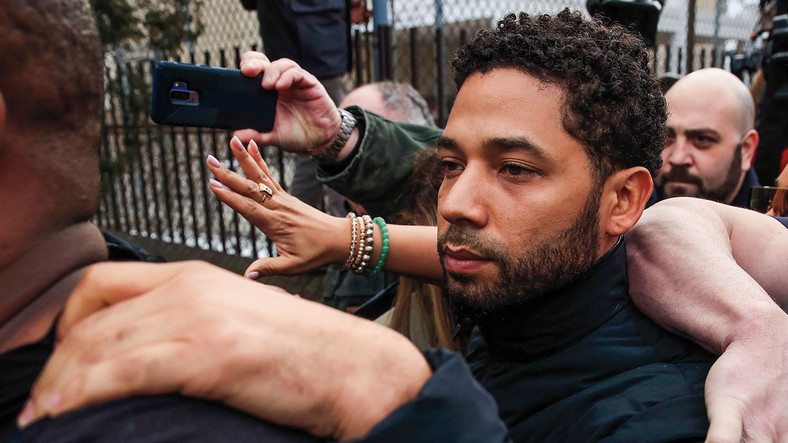 Jussie Smollett says he is not guilty of all the charges leveled against him after allegedly faking an attack on himself.

A Cook County grand jury in Chicago indicted US television actor Jussie Smollett back in March 2019, on 16 counts of felony after filing a false report that he was assaulted in a perceived homophobic attack.

The new charges were announced on Friday, March 8, 2019, according to ABC News, who also confirmed that they were laid out in separate groups.

First is from his conversation with the police about being the subject of racial and homophobic slurs, getting physically assaulted and having a rope around his neck in addition with exposure to a chemical substance. The second is related to another interview with the police describing the incident.

Prove I have any link with Hushpuppi- ex-House of Reps speaker, Yakubu Dogara replies APC

Prove I have any link with Hushpuppi- ex-House of Reps speaker, Yakubu Dogara replies APC

Naira Marley warns kids to stay off his snapchat

BBN’s Mercy Eke is not slowing down as she looks stunning...

Kemi Olunloyo set to leave the nigerian scene, back to America

See Neymar’s beautiful new girlfriend who every celebrity would love to...