The Nigerian government and the military showcases to Nigerians what to expect during the inauguration of President Muhammadu Buhari for a second term on May 29.

Characterizing it as rehearsal, the military moved to perfect all the needed protocols for the inauguration event at the Eagle Square, Abuja, on Friday.

The rehearsal was conducted same manner that the inauguration proper would have been done beginning with the arrival of the Vice President, the President, taking of oaths, to the lying and changing of flags; twenty-one gun salute, among others.

The parade was done in the presence of the Minister of Information and Culture, Alhaji Lai Mohammed and the Secretary to the Government of the Federation, Boss Mustapha, who is also the Chairman of the Presidential Inauguration Committee.

The Minister and the SGF were at the Eagle Square to inspect the venue of the event.

Speaking to journalists shortly afterwards, Mohammed said, “We are here today with the Chairman of the Presidential Inauguration committee, the Secretary of the Government of the Federation, SGF, Boss Mustapha to inspect the venue and also watch the rehearsal to ensure that everything is perfect before May 29. 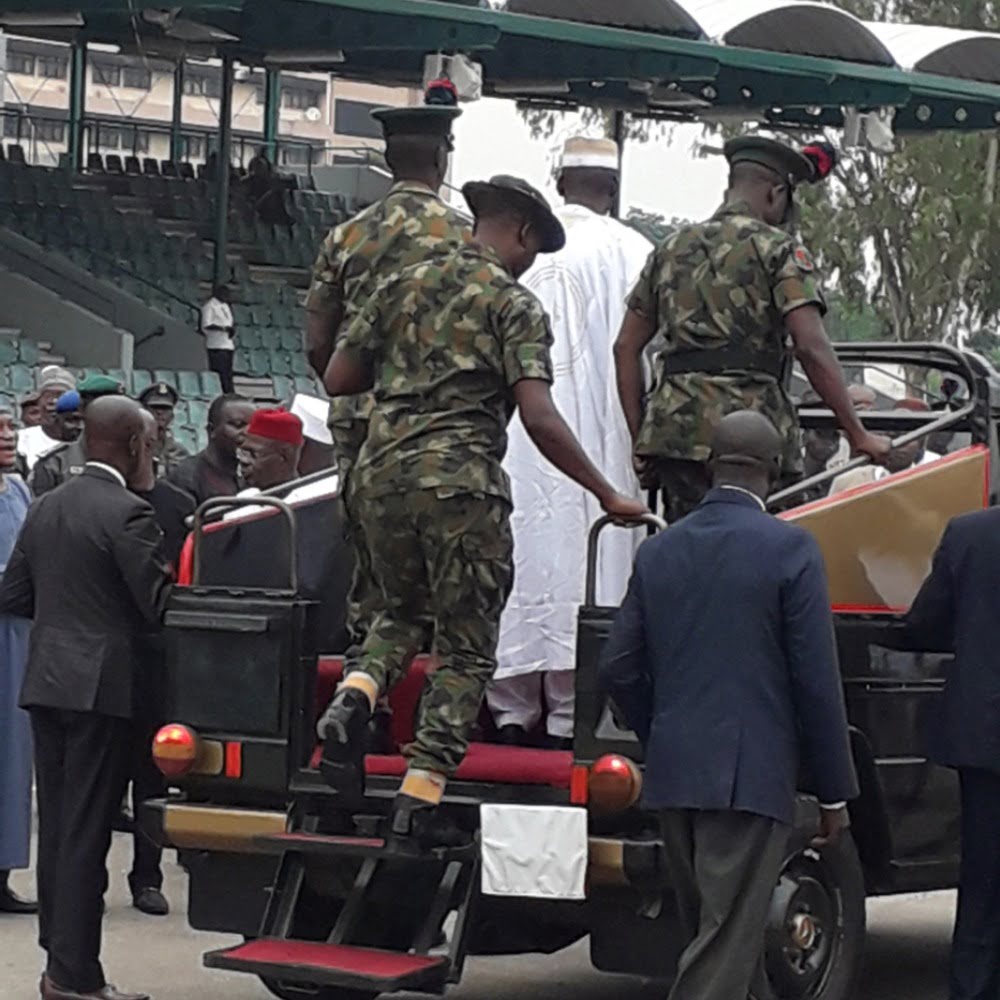 “We all witnessed the parade, the lying of flag; the exchange of new flag and the whole stages and the idea is to ensure that we rectify whatever shortcomings and mistakes before the d-day. This rehearsal has offered the opportunity of determining from where to when of that day because on the day of the inauguration there will be no room to make amends. So this is why we are here today.”

FBI kidnapped my client, the US had no authority to take him – Hushpuppi’s lawyer says

FBI kidnapped my client, the US had no authority to take him – Hushpuppi’s lawyer says

”Love of my life” – Adekunle Gold reacts as Simi shares...

“Your mama no give you food?” Fans react as Rema shares...