Nigerian singer, Davido was super excited as he boarded an economy class flight with his crew members for the first time.

In a short video, the singer could be seen making mockery of his crew members who don’t seem to be happy about the development.

It is not certain why they decided to go economy, but from the look of things, Davido looked so excited about the adventure as that was the 1st time he was captured doing so.

Watch the video below; 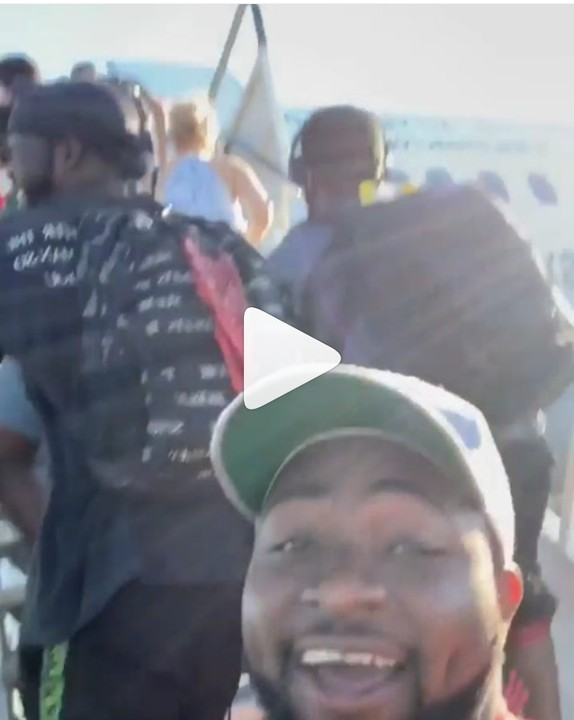 The DMW boss and his crew members have flown across the world in the best luxurious private jets, including one reportedly belonging to his father.

Has Davido Lost His Credibility?

Has Davido Lost His Credibility?

DJ Cuppy Wants Fans To Give Her Forthcoming EP A Title

DJ Khaled Gets New Tattoo To Honor His Newborn Son

Taylor Swift reveals why she was terrified

Offset Says “Culture III” Will Mark End Of An Era For...

Once he wins Africa will not contain us again, Nigerians anticipate...

I’m Not Bothered If Supporting Amotekun Will Cost Me Second Term...

Barbra Streisand Shouts Out Jennifer Lopez for ‘Wearing My Face’ in...

Seyi Makinde: Showing That Leadership Is A Responsibility

Lizzo Reflects On Her Past Journey And Her Dad’s Death

Somethings to kmow about Bob marley

How Lil Kesh Has Maintained His Consistency

The unbreakable bond between Sir Shina Peters and his wife of...

Iran, Canada in fresh face-off over Ukrainian airliner shot down

Your best teacher is your last mistake – Mercy Eke

JAMB N36m swallowed by snake: What happened in court on Tuesday

Nigerians react as Bobrisky finally reveals why she is not getting...

How Helen Paul started the Year will Inspire you

Toke Makinwa vs Mo Abudu: Who Wore It Better?

We’ll bring back all the looters hiding outside the country –...

Meghan Markle threatens lawsuit over photos of her and baby Archie...

‘’People who post photos of food & dresses on social media...

This pepper is too much – Fans tell Bobrisky after dropping...

Gains we’ve made on different fronts, President Buhari tells in a...

Y Cee sarcastically replies a fan who questioned his source of...