Davido proposed to Chioma on Thursday night, September 12, 2019, but not much is known about the customized ring.

Our Agency findings revealed that the customized ring was purchased in a jewelry store, Diamonds by Dorgu, on Hatton Garden, London.

The investigation also revealed that Davido had chosen the ring store because of the store deals in bespoke engagement and wedding ring.

It was further revealed that the engagement ring, which has ‘Assurance’ engraved in it, was designed with the assistance of Chioma and Davido’s friends, who had their input into the making of the diamond-encrusted engagement ring. 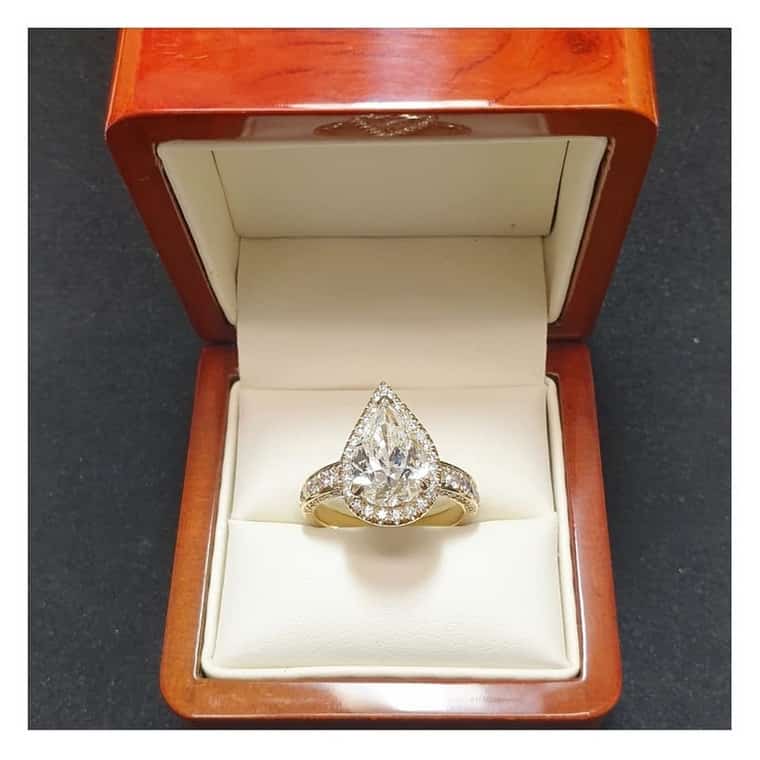 While the exact cost of the engagement ring was not disclosed, it was gathered that an average diamond ring on a regular store on Hatton Garden is put at over N3.6 million (£8,000).

Timi Dorgu, the owner of the diamond engagement ring store emerged the winner of the 2014 Black British Business Awards after working at L’oreal in London.

I spoke to my wife and she’s always wanted to live in Nigeria – Harry Redknapp laughs off claims he could have taken over...

“It will not last” – Fans reacts as Dj Cuppy becomes...

Do not be fooled, DJ Cuppy pays her way for endorsements...

DJ Zinhle on why Nigerian influencer, Tacha doesn’t want her to...

“Wizkid has lost his beauty to too much weed” -Twitter user...

Hailey Bieber clings to Justin Bieber as they ride on his...

“Chioma B is coming” – Cardi B announces she is coming...